They met at school years ago, banding together against the whispered slurs and thrown punches. Although life has taken them in different directions, they all share one thing in common: they're the illegitimate sons of some of the Highlands' most powerful lairds. But that won't stop them for falling for ladies from the highest echelons of Society! Get ready to laugh with these naughty Victorian comedies from USA Today Bestseller Caroline Lee. 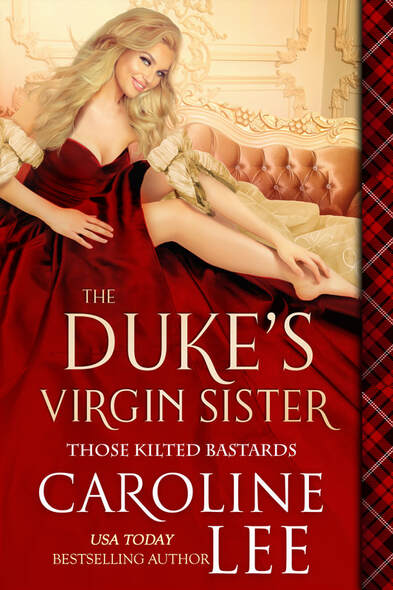 They haven’t quite managed to tame her wild streak.

It is to be The Match of the Season. At least, that’s what Lady Carlotta Merritt, sister to the cool and aloof Duke of Cashingham, has been told repeatedly by her mother. The Dowager is beyond thrilled about her daughter’s engagement to Society’s most eligible bachelor, Lord What’s-His-Face. Carlotta, on the other hand, would much rather be gallivanting around her brother’s Yorkshire estate, falling out of trees or fishing in the streams or reading one of her naughty books in the shade on a summer day.

But her mother has made it very clear that she’s to behave herself, as befitting the sister of a duke, and Carlotta has been trying, honest. But when Mother is called up to Scotland, she invites Carlotta and her fiancé to follow…sans chaperone. That’s when her brother volunteers his own brother-in-law—the illegitimate Scotsman with a charming grin, a wicked reputation, and battered hands which make Carlotta think all sorts of wicked thoughts—to tag along.

And he knows all the best ways to be wild.

Keith Oliphant knows exactly who he is; the natural-born son of an earl, a close friend to the laird of his clan, and the best damned bare-knuckled boxer in all of England and Scotland combined. These hands of his have done things most men can only imagine, and now they face their biggest challenge yet; holding the safety of a duke’s sister, one whose smile and love of adventure make him yearn for things he can’t have. Especially since she’s engaged to the complete clot-heid who is sitting between them in the coach.

Aye, this journey to Scotland will be a difficult one, despite the opulence of traveling with a duke’s sister. Between his impossible desires, Lord What’s-His-Face the fiancé, and Carlotta’s own wild streak, Keith suspects he’s facing his biggest challenge yet: when he delivers Carlotta to the duke, will she still be a virgin?

Warning: There’s naughty bits. A lot of them. And probably some ridiculously contrived accidents to get the pair of them together sans clothes. And of course, plenty of inappropriate jokes and eye-rollingly bad puns. Get ready for another hilarious Victorian RomCom, with all the best laughs you’ve come to expect from Caroline Lee! 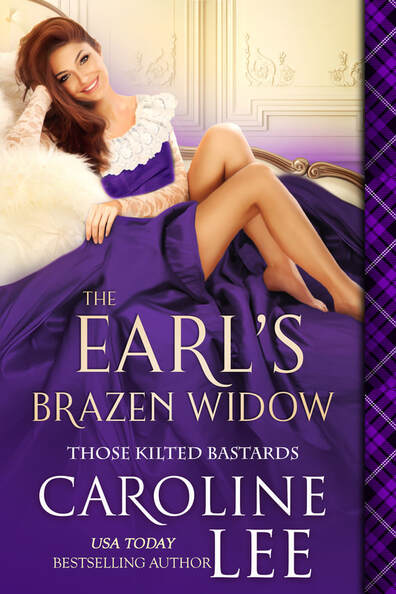 She might have been married to his father, but there was no way he was going to address Violet, Countess of Hatwaring, as “stepmother,” especially since he'd been the one to introduce her to pleasure all those years ago.

Ten years ago, Violet betrayed the man she loved…by marrying his father. It wasn’t her fault, not exactly (you know how these things go), but Malcolm was, quite frankly, more than a little put out by the news. Now, as the widowed Countess of Hatwaring, she wields power and wealth in her young son’s name, but nine-year-old Brom’s small empire is wobbling. Violet needs to start selling off some of his estates in order to maintain the rest…which means angering the man who already thinks her far too brazen.

His secret is the love which still shames him.

Malcolm Forbes, the illegitimate son of the Earl of Hatwaring, always thought of himself as academic and stoic. A decade of managing one of his father’s far-flung estates taught him to think before he acts, but when he receives a letter from his father’s widow—and the only woman he’s ever loved—stating her intentions to sell his home, he reacts most rashly.

Now they’ve made a brazen bargain.

A deal is made, and after a mere month as the young earl’s tutor, Malcolm will secure the deed to his home. Unfortunately, this means a month with the one woman who can enrage his anger—and his passions—unlike anyone else.
Violet, meanwhile, is determined to earn his forgiveness, even if it means risking everything she’s hoped for, and revealing her secrets.

WARNING: Of course it’ll end well, it’s a romcom. Be prepared for an angsty hero, a cheeky kid, quite a lot of embarrassing puns, and some really smoking bedsport. This second-chance secret baby romance will leave you laughing! 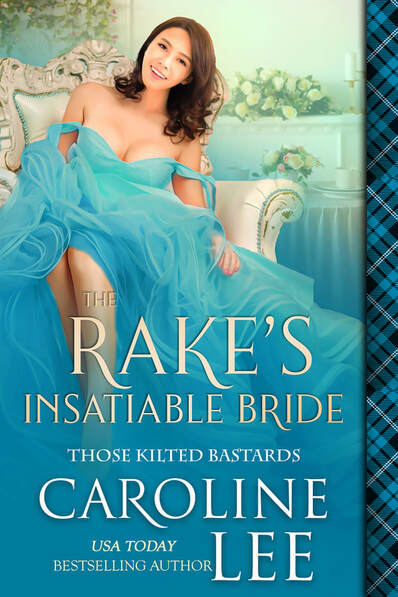 She’ll do things her way, or not at all…and that includes marriage!

Industrialist Jade Thacker is used to being in control of her own life. Which is why it’s damned galling to learn her well-meaning guardian plans to marry her off before she comes into full control of her inheritance! And a betrothal is one thing, but what’s this nonsense about marriage-by-proxy? Is she married, or isn’t she?

Well, there’s one thing she can still control: her virginity. Which is why she visited London’s most infamous male courtesan to rid herself of that pesky detail. But now, staring (horrified) up at the gorgeous man her possible-husband turned out to be, she’s reconsidering the whole scheme.

Loving women is one of the few things he’s good at…but he can’t forget her!

Life was going just fine—women, wine, more women—until Cameron MacKay’s father sent him that blasted letter. He loves the dear old coot, of course, but marriage? Especially a marriage-by-proxy? Please, this isn’t the fourteenth century! But when he opens the door to see the (horrified) expression on the face of his most recent client, Cam admits himself intrigued.

And now the one thing she wants…is him!

Cam knows why Jade doesn’t want to be married, but when a deluge strands them together in his cottage, she decides on a new goal: him. Or maybe it’s just that now she’s tasted the pleasure he can offer her, she wants more. Either way, he’s going to have to be the strong one in this crisis.

Too bad he’ll always be a rake at heart.

Warning: There’s nothing “too bad” about being a rake, right? Especially a rake stuck in a forced-proximity, oh-no-there’s-only-one-bed, fighting-his-own-best-interests sort of situation! This one starts super spicy and continues that way, and is full of laugh-out-loud bits you’ve come to expect from one of Caroline’s Victorian RomComs. 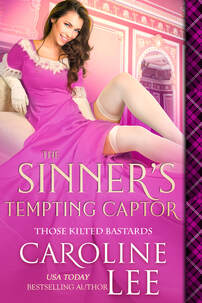 He might have killed her brother, but this sinner is now the only man who can save her.

Lady Honoria Lindsay is the daughter of a duke and the sister of three-too-many dead brothers. She’s learned to armor herself against inconvenient emotions like grief with propriety and charity…until an altruistic favor to a bereaved old man offers her a way to absolve her guilt. The possible clue rests with Crowe MacLeod, the baseborn bastard who is currently in prison for murdering one of the aforementioned brothers.

He also happens to be the only man she’s ever loved.

So she does what any well-brought-up young lady who has reached the end of her patience would do; she acquires a gun, recruits a young pickpocket as a chaperone, and jaunts off to spring Crowe from jail. With a few caveats, of course.

After nine years in hell, he’s finally free… Thanks to the one woman he has cause to hate.

It’s galling enough to owe his freedom to the woman who landed him in prison in the first place, but to learn she’s kidnapping him at gunpoint? Crowe MacLeod cannot allow the memory of their forbidden passion to blind him to the certainty of how she betrayed him, no matter how tempting she may be.

His captor has plans for him, and if he wants his future returned to him, he has to help her solve the mystery of her dead brothers. But as danger closes in, and he gives in to the temptation of their shared desire, Crowe comes to suspect he has no future…without her.

Warning: Dun-dun-DUUUUNNNN!This thrilling/electrifying/sensational (insert other big blockbuster words here) conclusion to Those Kilted Bastards is the story you’ve been waiting for! Get ready for plenty of laughs (and even more naughty bits) with this fabulous RomCom!