The Cowboys of Cauldron Valley

Silly fun and lots of shenanigans are guaranteed right along with
Happily Ever Afters in this contemporary western series by
​Caroline Lee and Kirsten Osbourne.

​(All books in this series are available from retailers like Kobo, Apple, and Nook. If you're interested in reading them from your local library, please contact your library with the title and author and ask them to add the book to their collection--it's very easy!) 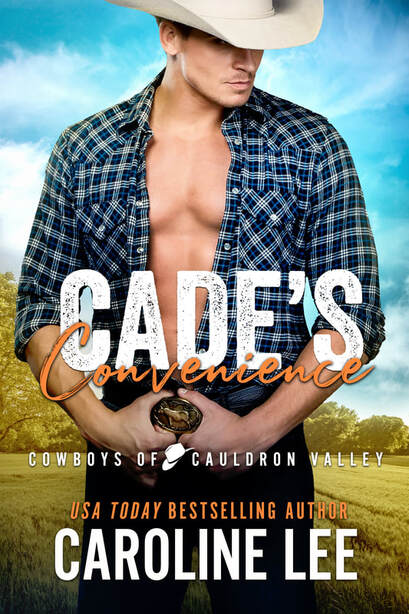 Cade Cauldron is good at worrying. It's what he does. That, and manage the nutrition of the racing horses on his family's ranch. He's devoted to making the place a continuing success, and like 80% of his worrying is about Cauldron Valley Ranch... Right up until his grandfather tells him and his brothers and cousins that it's time for them to marry. Then he's got a whole other pile of worries.

Dr. Jami Boatright has made a career out of studying modern-day marriages of convenience, and her bestselling books on the subject have made her a common name when it comes to the psychology and anthropology of marriage. But there's one thing lacking from her research...she's never actually been married, much less experienced a marriage of convenience.

But when she arrives at the ranch, studying the latest Cauldron cousin's meeting-at-the-altar, Cade realizes she's exactly what he needs: A wife who will say yes for reasons of her own. A real-life modern marriage of convenience.

But after the "I Do"s, real trouble starts, as they realize they don't know everything they thought they did about their new spouse. And even worse...these revelations don't seem to matter to their hearts, which keep forgetting this marriage has nothing to do with love. 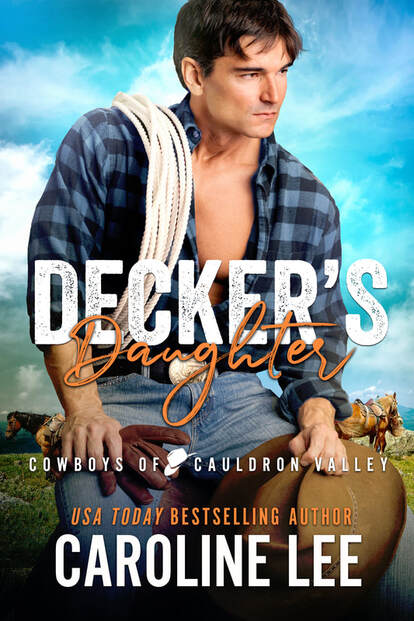 Decker Cauldron’s life is going pretty well: he’s got a good job, he loves living on his family’s ancestral ranch, and he’s surrounded by enough brothers and cousins to support and tease. But under his quiet nature hides a secret: He’s always wanted kids…lots of kids. Kids to teach, kids to worry about, kids to spoil and raise into being respected adults.
When Pops starts pressuring him to marry, his yearning for all those kids becomes even stronger. He’s going to have to find a wife, isn’t he?

Bobbi Rae Diamon is struggling. Though her nursing salary covers rent and groceries for her and her six-year-old daughter, CJ, there’s not a lot left over for much else. So when CJ is offered a chance to learn to ride at a local ranch for free, Bobbi jumps at the chance…only to discover the lesson is being offered by the most drop-dead gorgeous man she’s ever met, Decker Cauldron.

Bobbi learned a lesson of her own long ago: Falling in love with Decker, no matter how sweet and caring the strong-but-silent cowboy might be, would lead to disaster with heartbreaking consequences. And in no way could she allow CJ to fall in love with him, because the little girl’s heart was even more fragile than Bobbi’s own.

But CJ has plans of her own. If her mother is too stubborn to see reason, then it’s up to the determined six-year-old to bring Bobbi and Decker together herself! 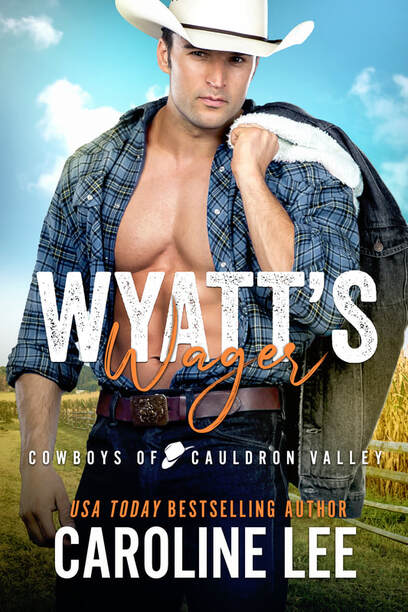 Wyatt Cauldron has a gift. He’s never--not once in his life—lost a wager. When his brothers and cousins start getting married, he’s happy to accept their bets that he’ll wind up hitched, since he knows that’s never going to happen.

Because there’s only one woman in the world he can imagine marrying, and as his best friend’s little sister, she’s off-limits.

Artemis Weston has had a crush on her brother’s best friend for as long as she can remember. But Wyatt has made it clear he has no intention of settling down…ever. So she’s thrown herself into her career as a vet tech, and vowed to forget how good a certain green-eyed cowboy could make her feel.

Right up until the phone rings, and Wyatt’s on the other end, asking for a date.

When his best friend offers him a wager, Wyatt jumps at the chance to spend time with Artie, and dating her is just as wonderful as he imagined. But sooner or later, she’s going to figure out he’s only with her because of her brother’s bet, and that’s when their hearts are going to be hurt.

Maybe, for once, it would’ve been better to lose this particular wager… 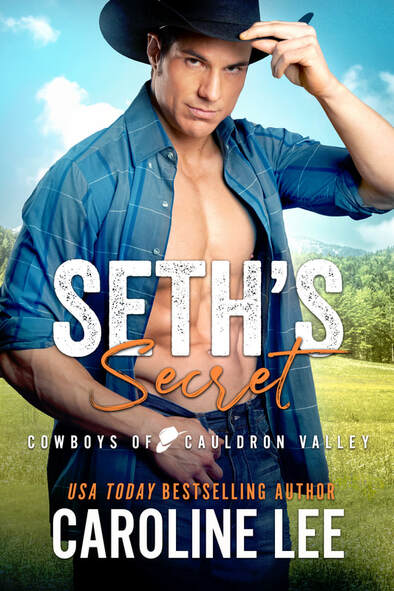 But then he meets Aria Weston, and knows from the first moment he hears her name that they’ll end up married. How could an aria and a maestro not be together?

But Aria has been hurt by lying men before, and is very clear how much she values honesty. Sure, the charming, gentlemanly cowboy she’s falling for is wonderful, but she knows Seth is keeping a secret. And she can’t be with a man who isn’t honest with her, no matter how much she might love him.

Seth’s entire world is at risk if he tells her the truth…but how could he not? 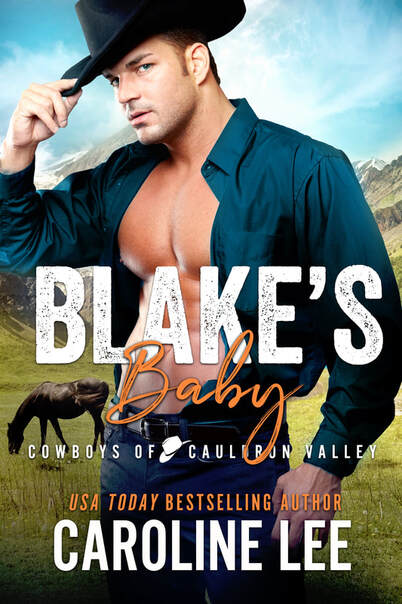 Everyone knows Blake Littlelight is a ladies’ man. So when a mysterious baby is dropped on his doorstep during one of his parties, with his name listed on the birth certificate as the father, no one is really surprised. Least of all the cynical social worker, who hates the way Blake has tried to charm her…and hates she’s falling for him, no matter how much she doesn’t want to.

Lanie Weston has known charmers like Blake before and knew from the moment they’d met at her sister’s wedding he was going to be trouble. However, she can’t get him out of her head, and when her sister tells her about the baby-on-the-doorstep drama, she jumps at the chance to see him again. But that doesn’t mean she wants to become another one of his conquests!

Of course, Lanie couldn’t have predicted the way Blake throws himself into fatherhood one hundred percent, or how darn scrumptious he looks, holding baby Blossom. The two of them are obviously meant for one another, and he’s clearly a devoted parent.

It doesn’t take long before Lanie begins to wonder if maybe she’s been wrong about him…Right up until the moment she finds out she isn’t. 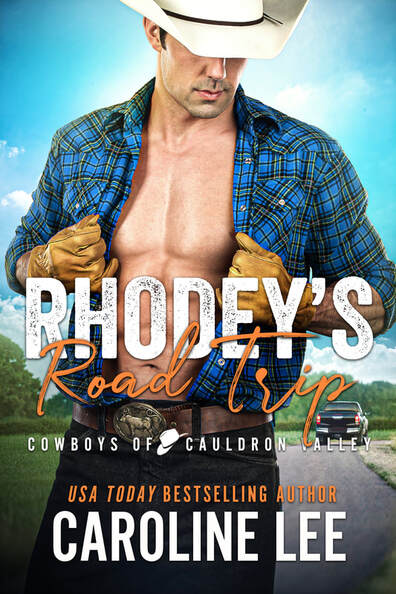 Ditie Weston is going on an adventure!

At least, that's how she's choosing to look at things. She's always loved to travel, and now that she's inherited an RV from her beloved great aunt, Ditie is determined to conquer her grief on a road trip across America.

The only problem? She has no idea how to drive an RV.

Luckily, that's where Rhodey Fellows comes in. One of her new brothers-in-law recommends Rhodey; a cowboy who can drive anything with wheels and fix it besides. And the fact he's gorgeous--tall, tanned and hands just as big and callused as Ditie likes--is a bonus.

But once the RV trip starts, and the two of them are forced into close quarters, sparks and accusations start to fly. Because Rhodey isn't who he appears to be, and Ditie's grand adventure might be over before it begins. 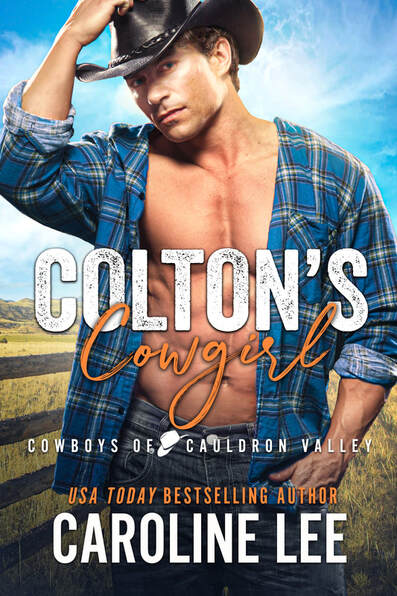 Newly returned from his third deployment, Colton Colmenares is determined to build his ranch into a success, even if it means taking a temporary job to earn a nest egg. He just doesn't count on being bowled over by his fellow ranch hand; a prickly, standoffish cowgirl who goes by "Alcatraz".

Anna learned long ago that she can't trust big men--or big dogs, for that matter. And not only is Colt twice her size, but he's got a pet who could bite her in half if it wanted. How is a woman of her stature supposed to protect herself against someone like Colt, if he tried to hurt her? Nope, she doesn't want anything to do with either of them.

So then why is her heart--and her body--telling a different tale? And why does she get the feeling that, despite his size, she might be able to perhaps, maybe, possibly...trust him?

He might be a good man, but is Colt big enough to protect her when her past catches up to them?