​Generations ago, the Sinclair jewels--the symbol of the clan's power--went missing. Today, the laird's daughters, who were named for the jewels themselves, are determined to hunt down their clan's missing stones and restore the Sinclairs' honor!
Meet the Sinclair Jewels, fierce heroines who meet challenges head-on, and who never expected to find love along the way:

Sweet Pearl, the youngest of the Jewels, who knows the best way to help her clan is by staying among them, no matter what her father says about a marriage contract.
​
Controlled Agata, the oldest of the sisters, who never knew her own strength until her new--unwanted--husband is relying on her.

Scholarly Sapphire, who is willing to go through the Devil himself if it means saving her clan and her father...even if she has to dress as a lad to do it!

Fierce Citrine, who has spent her entire life defying custom and training for the moment she can lead her clan to glory! 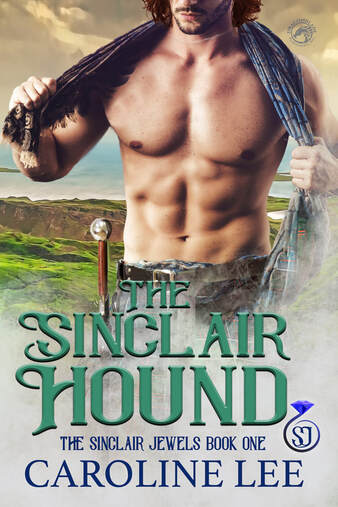 Hanged as a lad for stealing food, Gregor, the notorious Sinclair Hound, was spared by a merciful laird. Although emotionally damaged and forever scarred and very silent, his devotion to Clan Sinclair, and especially the laird, is unwavering... until one of the Sinclair Jewels, the youngest daughter, Pearl, challenges that devotion and forces the Hound to make a fateful choice.

Pearl is a priceless lass…

As the youngest of the Sinclair Jewels, Pearl has made a place for herself among her clan, serving her people and doing her best to care for those who need help. Unlike her sisters, she has no interest in ever leaving her family. But when she’s forced to choose between an unwanted marriage or taking holy vows, she makes a fateful mistake.

If she can’t stay with her clan, she’ll become a nun.

But once her sire tasks the Hound to escort her to the abbey, Pearl is forced to admit two things: she never really wanted to take holy vows and her fascination with the Hound can no longer be denied.

As love becomes the greatest treasure of all, can Pearl and her Hound find a way to stay together, or will violence and family secrets keep them apart forever? 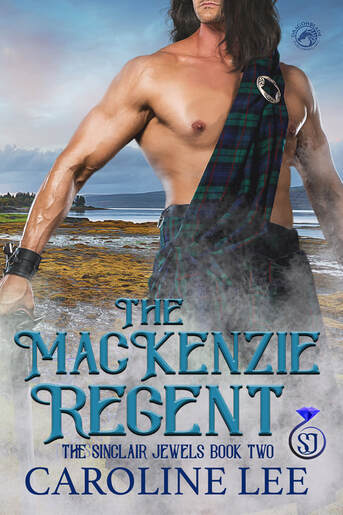 Four years ago, Jamie Mackenzie lost everything - the woman he loved, the use of his hands, and his honor.

Alcohol became the only thing which offered solace to Jamie and he was satisfied to drink himself into an early grave… until his older brother died, leaving his clan without a leader, and his young nephew Callan without a regent. Reluctantly, Jamie steps into the role, little realizing it would include a marriage contract.

Her mission is returning her clan’s honor.

A year ago, Agata, the oldest of the Sinclair jewels, thought herself satisfied. She was married to a cruel man, but at least he—as the Mackenzie laird—had given her a precious stepson Callan and hope for future children. Now widowed and returned to her clan, Agata has given up on her dream of a family until she finds a new mission with her sisters: finding and restoring the ancient Sinclair jewels.

Stolen generations ago from the brooch which marked the Sinclair lairds’ power, these jewels are more myth than reality, even to the Sinclair sisters who were named after the stones. When they find evidence the stones are hidden in the Mackenzie holding, Agata jumps at the chance to see little Callan again. But her mission conflicts with her personal dream when she discovers she's been contracted to marry the lad’s drunken uncle.

Is Jamie as cruel as his brother? Can Agata help him overcome his dependence on ale and learn to see himself as strong and capable…or will he spend the rest of his life focusing on what he lost?

And where exactly are the missing Sinclair jewels? 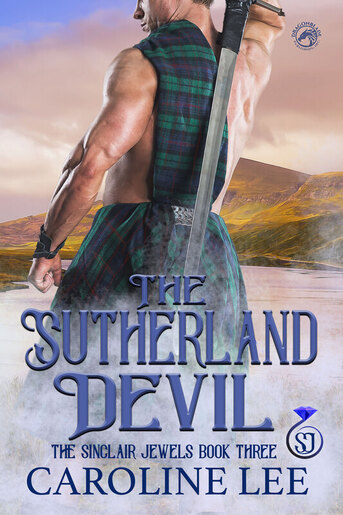 Everyone in the Highlands knows three things about the Sutherland laird:
1) He’s got more bastards than he can count.
2) He’s already buried three wives.
3) He’s the very Devil himself.

Which is why, when Saffy—one of the Sinclair Jewels—finds evidence that her family’s missing brooch is in the Sutherland Devil’s possession, she’s certain she’s taking her life into her own hands to reclaim it. She’s the scholar in the family, not the warrior…but how hard could it be to don a pair of braies, lop off her hair, and approach the Sutherlands as a lad?

She hadn’t planned on being accused of spying and thrown into the dungeons to starve!

Merrick Sutherland is harried from all sides: his alliances are falling apart, his children are adorable monsters, and his illegitimate brother has declared war in an attempt to claim his title. The last thing he needs is a distraction in the form of a lippy little cross-dresser, but that’s what he gets when he drags his new prisoner up from the dungeons. Is she a spy? The best way to learn her secrets is to keep her close, so Merrick makes “Saf” his squire, without revealing what he’s already learned.

Thrust into a sensual game of wits with her new master, Saffy is surprised to learn that what everyone knows about him isn’t quite true. As his squire, she’s in a prime position to search for the missing Sinclair jewels, and she’s willing to go through the very Devil himself to find them.

But will she lose her heart in the process? 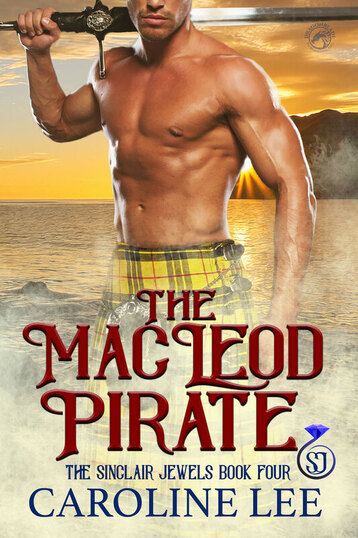 The Black Banner is the Western Isles’ most notorious pirate…and he’s about to meet his match!

Citrine is the last Sinclair Jewel left with any chance to save her clan, and she's not about to fail them. But when she’s a victim of mistaken identity and taken prisoner by a gorgeous—and completely maddening—pirate captain, Citrine is afraid she’s missed her opportunity. She discovers the Black Banner holds one of her family’s long-lost jewels, and he refuses to tell her why. Could their pasts--and futures--be somehow connected?

Rory MacLeod is the youngest son of a powerful laird and is happy to let others rule as he spends his life at sea…as the Scourge of the Minch, the fierce pirate known as the Black Banner. When his father signs a betrothal contract with the Sinclair laird, Rory has no intention of following through with it. Little does he realize the beautiful firebrand he’s just kidnapped is the woman he’s supposed to marry!

Together, Citrine and the Black Banner might be able to solve one mystery…but the real threat to the future of the Sinclairs is back at home.

A lifetime of secrets, a hidden identity, and a bitter hatred will all come to light in this final piece of the gripping Sinclair Jewels saga!

Introducing a special Christmas anthology, which features a story about Agatha and Jaime Mackenzie's son, Callan:

A MASTERPIECE OF HOLIDAY STORYTELLING...

Enjoy this stunning holiday collection from some of your favorite Dragonblade Publishing authors in this collection of never-before published seasonal tales!

Imagine, if you will, that it is Christmas Eve.

The candles are guttered, one by one, and a hush falls over the parlor. The children have gone to bed, and a tall, gloriously decorated Christmas tree looms in the shadows of the hearth’s dying embers. A tattered copy of Charles Dickens’ masterwork, “A Christmas Carol” sits, cold and lonely, upon a table nearby.

A small gust of wind, hurling from the seam of an ill-fitting window, blows the cover open. The first chapter appears… “Marley’s Ghost”…

The clock on the wall chimes midnight.

From the gaily bedecked halls of Regency England to the cold and crisp air of the Scottish Highlands, and everything in between, enjoy the magic of a holiday collection that has drawn inspiration from Charles Dickens’ most beloved literary works. Where the ghosts of Christmas, the incandescent spirit of a tiny disabled boy, and the joy that is the very heart of the Christmas season come alive.

USA Today and Internationally bestselling authors bring you their version of a Dickens’-inspired holiday in O NIGHT DIVINE.